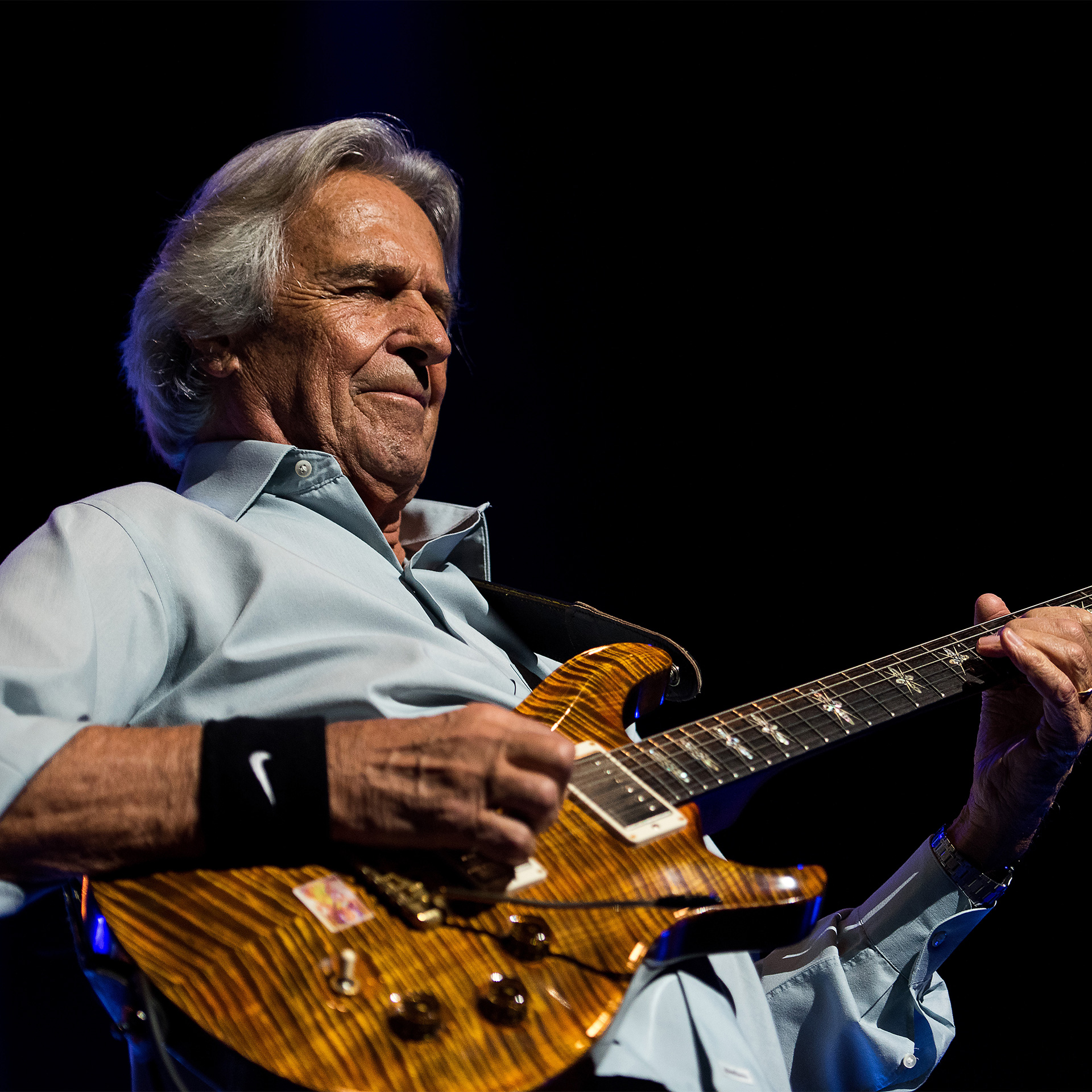 As one of the greatest guitar players in music history,  John McLaughlin  has been cited a major influence on many 70’s and 80’s artists, including the likes of Steve Morse, Eric Johnson, Mike Stern and more. John McLaughlin’s impressive personal narrative is much too long to be adequately presented in a short summary. McLaughlin has worked with virtually all international jazz greats, but one thing has always guided him: respect and openness towards other directions, forms of expression, styles  and cultures. In 2018  McLaughlin  won a Grammy for Best Improvised Jazz Solo, for his solo on  Miles Beyond  from his album “Live at Ronnie Scott’s”. The guitarist kicked off an international tour in March 2022. The release  “John McLaughlin: The Montreux Years” - a collection of his finest performances at the Montreux Jazz Festival between 1978 and 2016, is a testament to his legacy.

At A to JazZ Festival, the legendary guitarist will perform with his band "The 4th Dimension", bringing together musicians from different cultures and musical traditions to form an all-star band - Gary Husband (keys, drums), Etienne M’Bappe (bass), Nicolas Viccaro (drums). The music of this group integrates versatile cultural influences in a unique way while at the same time preserving the spontaneity of jazz. “I am very happy that after 26 years, I’m finally coming back to Bulgaria to see all my dear friends and perform with my band “The 4th Dimension” at the 11th edition of A to JazZ Festival. I hope to see you there so that we can enjoy the music together.” - John McLaughlin.