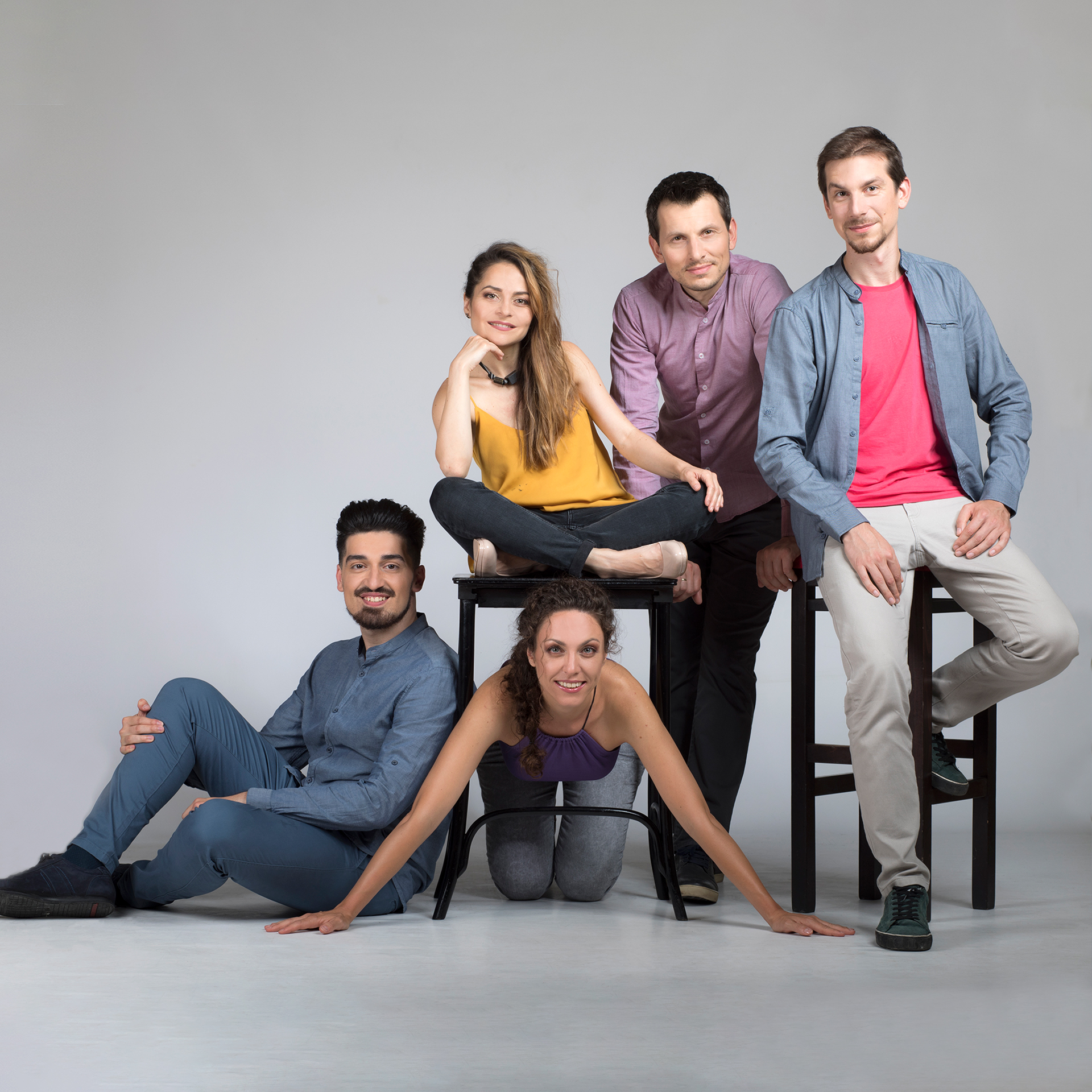 Spectrum Vocal Band is a five-member Bulgarian a cappella group with a unique style and approach to vocal music. Their performances are exciting and moving, showcasing elegant and beautiful vocal harmonies. The group's repertoire crosses boundaries between pop, jazz and traditional Bulgarian folk music, thus creating a fresh and distinctive sound. Spectrum appeared at major jazz, classical, choral and contemporary arts festivals all over Bulgaria and also had huge success with the international audiences at Bosilegrad and Nisville Jazz Festival. The five singers Boriana Yordanova, Vesela Morova, Daniel Nikolov, Yanko Yankov and Konstantin Beykov have had productive collaborations, both live and in studio, with some of the finest Bulgarian jazz, classical, folk and pop musicians, such as Theodosii Spassov, Eva Quartet, Hristina Beleva, Orlin Pavlov, Lyubomir Denev, Antoni Donchev, FSB, and the Big Band and the Symphony Orchestra of the Bulgarian National Radio. In 2018 Spectrum were invited to be the opening act for the Manhattan Transfer at their concert in Sofia and were highly praised by the giants of vocal jazz. In 2019 they released their debut album of original music called "Cross Point", and in 2021 their second album came out. "Singerprints" is a beautiful collection of traditional and original tunes in Bulgarian folklore style, full of rich harmonies, haunting rhythms and vivid vocal colours. In February 2022 "Singerprints" was nominated for the prestigious Contemporary A Cappella Recording Awards (CARA) in two categories – "Best Folk / World Album" and "Best European Album or EP".